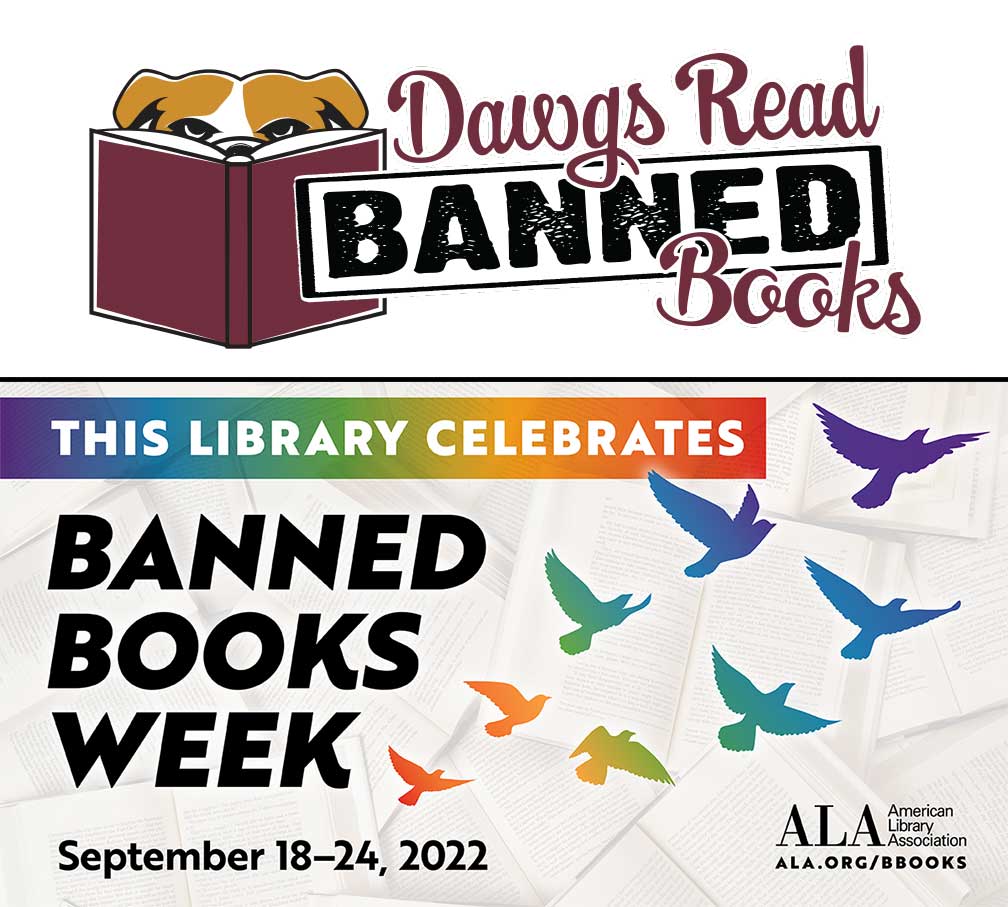 Mississippi State University Libraries joins libraries across the country in celebrating the freedom to read during Banned Books Week, September 18-24.

Focusing on the theme, “Books Unite Us. Censorship Divides Us,” libraries are using social media, events, displays and more to highlight the important of free access to information.

Deborah Lee, Associate Dean for Research, Teaching & Engagement, said for her a quote from Stephen Chbosky, author of “The Perks of Being a Wallflower,” sums up the importance of Banned Book Week.

“That's why banned book week...and a defense of the right to read....is important,” Lee said.

For 40 years, Banned Books Week has brought together the entire book community — librarians, booksellers, publishers, journalists, teachers, and readers of all types — in shared support of the freedom to seek and to express ideas, even those some consider unorthodox or unpopular, according to the American Library Association’s Banned and Challenged Books website. The books featured during Banned Books Week have all been targeted for removal or restriction in libraries and schools. By focusing on efforts across the country to remove or restrict access to books, Banned Books Week draws national attention to the harms of censorship.

The ALA Office for Intellectual Freedom tracked 729 challenges to library, school, and university materials and services in 2021. Of the 1597 books that were targeted, here are the most challenged, along with the reasons cited for censoring the books: