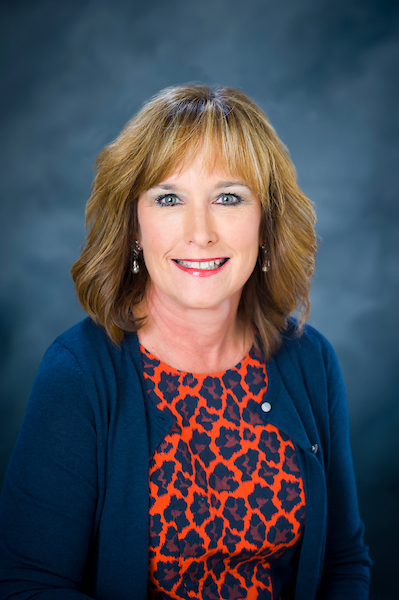 This exceptional academic library department provides the highest standards of organization, security, and preservation for its vast collection of rare books and manuscripts. We appreciate that the materials are actively used and made available to students, faculty, and the wider research community.

Universities play such an important role in society, so we feel it is our duty to give back. The purpose of our support to the Mississippi State University Foundation is to maintain and enhance the academic excellence for which this fine institution is known for, and the benefits they bring to the Mississippi community as a whole.

For the first 22 years of my life a college library was both a knowledge base and the financial support for me and my family. My father spent almost 40 years as the librarian at Co-Lin. When I transferred to State in 1998 from Co-Lin I sought out a work study job at Mitchell Memorial. During my 3 years at State I worked at the IMC, which was located on the bottom floor. There I had the opportunity to learn about digital media and help both students and professors use it to communicate. During my last year I worked to help scan and categorize the Templeton Music collection.

Because of my father's work with the MS Library Assocation I got to know Dean Coleman more than most students. She and others have done an amazing job of making Mitchell Memorial Library a place for everyone to share knowledge through more than just books. There are so many more added resources available to them via the IMC, study rooms and the museums (Grant, Stennis, Grisham, etc.). The list is longer than that.

Every time we visit State with our children they always want to explore the library. It is a passion for learning that was instilled in me at an early age going to the library at Co-Lin, and I'm glad it is being passed down to them.

Mississippi has a truly special literary heritage with authors like Eudora Welty, William Faulkner, Richard Wright, Shelby Foote, Tennessee Williams, and John Grisham just to name a few. It was a high honor when MSU's Mitchell Memorial Library was recently chosen as the headquarters of the Southern Literary Trail which encompasses stops in several southern states.

I remember how strange it sounded the first time I heard that the MSU Library was going to become the home of the Ulysses S. Grant Presidential Library. This was a tremendous accomplishment for the entire MSU family and placed us in esteemed company as one of only 5 campuses hosting presidential libraries. A major new addition to the library will be opening in the fall of 2017 that will house the U. S. Grant Presidential Library and Association and the Congressional and Political Research Center.

I lived in the stacks during finals in the early 1990's and am excited to see just how much more space and resources the library has to offer today's students. The library is the heartbeat of the academic campus, but is often overlooked when alumni look for ways to give back. I was guilty of the same until I saw a library project featured during Hail State Days a few years ago. I was amazed at the immediate impact donations of all sizes to the library can make to the student body. I'm now a proud annual supporter and would encourage you to consider making the MSU Library a part of your future giving plans.

I've always felt that it is our responsibility to support the institutions that are important to us. MSU Libraries in their roles as repositories of knowledge and as sources of information for students and the public are essential to the quality of our lives in this part of Mississippi. As a consequence, failure to advocate for them and to maintain and advance them is not an option.

The information and knowledge that the MSU libraries gather and provide in the quest of always gaining higher quality food processing safety is a big reason why we support them. Buhler is constantly striving to raise the quality of food through continuously improving raw materials handling, sorting out of the defects and striving to make our nation’s food production safer for the consumer, providing safer nutrition and peace of mind.

It is important for students to be able to research and be connected, and in order to do that, they need technology, a digital connection, and a laptop. There are students in this state that don’t have those things, because of where they live or due to their socioeconomic status.