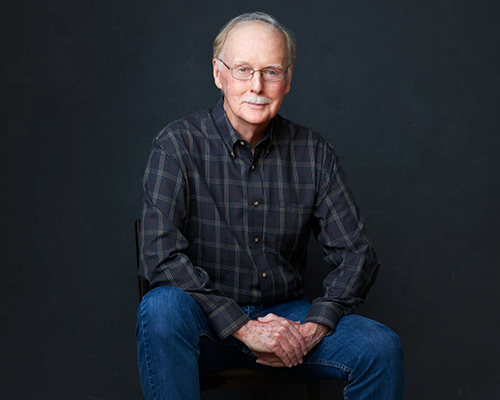 The Mississippi State University Libraries is pleased to welcome an esteemed university alumnus as the keynote speaker of the fifth annual Frank and Virginia Williams Lecture on Lincoln and Civil War Studies.

Dr. Terry Alford received a Ph.D. in history from Mississippi State University and did post-doctoral work in family history at the University of California, Davis. The author and historian will present "The Lincolns, the Booths and the Spirits: Two Families and the Great Beyond in the Civil War," during the Nov. 3 event. The talk will be held at 2 p.m. in the John Grisham Room, Mitchell Memorial Library.

"We are very excited to bring author, historian and MSU alumnus Dr. Terry Alford back to MSU to serve as the guest speaker for the Williams Lecture series," said Stephen Cunetto, Associate Dean for Community Relations & Strategic Initiatives for the MSU Libraries. "Dr. Alford has had an impeccable career not only as an educator and author but also as a television commentator and consultant on numerous documentaries and films."

Alford is a founding board member of the Abraham Lincoln Institute of Washington, D.C., and is a recognized authority on John Wilkes Booth and the assassination of President Abraham Lincoln.

"Virginia and I asked Dr. Alford to serve as the 2023 lecturer because of his vast knowledge of Abraham Lincoln, John Wilkes Booth and his interest in the history of race relations," said former Rhode Island Chief Justice Frank J. Williams. "Terry has published widely on these topics and his new book "In the House of their Dead: The Lincoln, the Booths, and the Spirits" is a fascinating read."

Alford's interest in the history of race relations led to his writing "Prince Among Slaves." This book tells the story of Abdul Rahman, an 18th Century Muslim prince from modern-day Guinea who was captured and sold into slavery in the Old South. "Prince Among Slaves" was made into an award-winning documentary shown on public television in the United Stated in 2008 to an audience of over four million viewers. He has been an historical consultant on a number of films and documentaries, including Stephen Spielberg's "Lincoln," starring Daniel Day-Lewis.

He will sign copies of his latest book during the event.

The Frank and Virginia Williams Collection of Lincolniana is located in Mitchell Memorial Library and represents a lifetime of work collecting documents, books, artifacts, ephemera, philately, numismatics, paintings and statuary related to the life of the 16th U.S. president and the Civil War in general.