The late David M. Rich (cataloger at Brown University) and Alfred Calabreta (Curator of Collections at Mystic Seaport, the Museum of America and the Sea) began cataloging and inventorying the collection in the mid-1980s. After 2017, MSU Libraries faculty and staff finished cataloging the book and pamphlet collections. MSU Library faculty and staff also completed inventorying the objects and ephemera pieces within the Frank and Virginia Williams Collection. Every item has been assigned a unique number. Full cataloging of the artifacts and ephemera continues. MSU Library faculty and staff work diligently to ensure that all inventories and cataloging were completed according to Library of Congress standards. 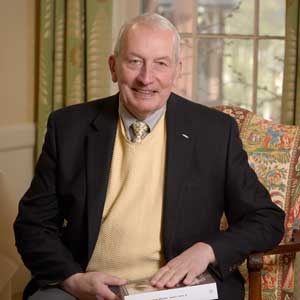 Justice Frank J. Williams is a native of Rhode Island. Justice Williams graduated from Boston University School of Law and is a long-time jurist in the Rhode Island court system. He is a veteran of the United States Army, having served three years in Germany and one in Vietnam. Justice Williams is also the founding chair of The Lincoln Forum and a long-time president of the Ulysses S. Grant Association. He is a scholar whose books include The Emancipation Proclamation: Three Views (with Edna Greene Medford and Harold Holzer, Louisiana State University Press, 2006) and Lincoln Lessons: Reflections on America’s Greatest Leaders (with William D. Pederson, Southern Illinois University Press, 2009). Justice Williams is a member of the United States Lincoln Bicentennial Commission and chair of the Rhode Island Abraham Lincoln Bicentennial Commission. In 2007, the Pre-law Society of Mississippi State University awarded Justice Williams its prestigious Jurist of the Year Award. 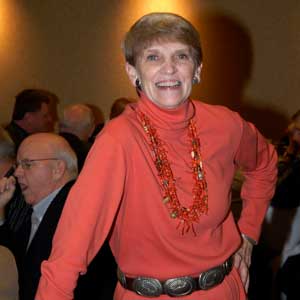 Virginia Williams was born and raised in Texas. She graduated from North Texas State University. After graduating, she taught overseas for the Department of Defense, before teaching kindergarten in Cranston, Rhode Island for twenty-nine years. Later, she acquired an interest in outhouses, about which she lectures all over the country. She serves as Chair of the Museum of Primitive Art in Peacedale, RI, and as Deacon of Dunn’s Corners Presbyterian Church in Westerly, RI.

About the Collection Bookplate

This image of Lincoln is taken from an engraving by artist Fritz Eichenberg. Eichenberg was one of the most noted engravers of the 20th century, and his The Art of the Print: Masterpieces, History, and Technique is now a classic. A refugee from Germany when Adolf Hitler came to power, he settled in Rhode Island and headed the Art Department at the University of Rhode Island. He and his wife Toni became great friends with Frank and Virginia Williams, and adapted the engraving into a poster and bookplate for the Williams Collection of Lincolniana.

"I did my first Lincoln...in the middle of the second world war, to remind my friends of the great heart of Lincoln who, in the Gettysburg Address, exhorted this country to be magnanimous and bind up the wounds of a war of brother against brother."