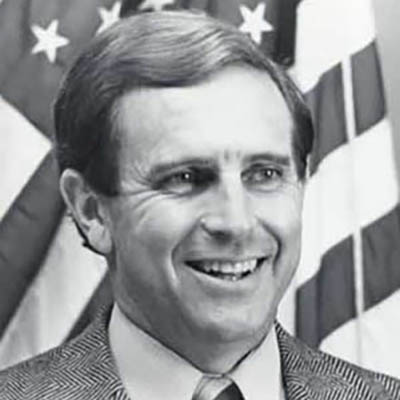 The David R. Bowen Collection consists of some 270 cubic feet of files, documents, publications, photographs, and memorabilia reflecting Bowen's interest and expertise in agricultural matters. Bowen wrote and floor managed significant sections of omnibus farm bills in 1973, 1977, and 1981, the Rice Production Act of 1975, the Cotton Research and Promotion Act of 1976, the Forest Management Act of 1976, and legislation in 1981 and 1982 regarding agricultural export credits and revolving funds. He played key roles in securing funds for cotton research and preservation of acreage, in promoting increased agricultural production and markets in so-called Third World countries, and in expanding and protecting overseas markets for American farmers.

David Bowen was born in Houston, MS, and grew up in Cleveland, MS. Bowen's father was an alumnus of Mississippi State University. Bowen received his Bachelor's degree at Harvard University and a Master's from Oxford University in England. Prior to his election to Congress, Bowen taught history and political science at Millsaps College, served as Southeastern Coordinator for the Office of Economic Opportunity, was a staff associate for the United States Chamber of Commerce, and was the first Federal-State Programs Coordinator for Mississippi, 1968-1972.

Bowen, a Democrat, ran for the United States Congressional seat from Mississippi's second district (which includes the Mississippi Delta) in 1972. He was elected and served continuously from 1973-1982; he chose not to run for reelection in 1982. During his five terms in office, he established himself as a leader in agricultural, foreign policy affairs, and maritime issues. He served as a ranking member of the House Agriculture Committee, where he chaired the Subcommittee on Cotton, Rice and Sugar. He became nationally known for his expertise in these agricultural areas and guided substantial legislation in agriculture to ultimate passage by his House colleagues. He also served on the House Foreign Affairs Committee, and on the Committee on Merchant Marine and Fisheries. On the latter committee, he was active in legislative affairs affecting the maritime and shipping industry, fishing and wildlife, and regulations of inland and coastal waterways. His foreign affairs activities included serving on the Asian and Pacific Affairs Subcommittee, and representing the House and the nation in numerous international meetings, negotiations, and debates.

After deciding not to seek a sixth term, Bowen was executive director of the Council for the National Interest in Washington, D.C., a foreign policy organization working on U. S. Middle East policy, and he also turned his attention to teaching, creative writing, photography, and writing political commentary in newspaper columns. For a time he was a visiting political science professor at Mississippi State University. He has written, and had produced, three significant plays, and he has gained a notable name and reputation in that area. He also is a professional black-and-white photographer. Bowen is also a columnist for the Jackson, Mississippi, Clarion-Ledger, where his columns on current political affairs appear periodically and always gain much attention. He is very active in, and has been president of, the Mississippi Historical Society, and he travels frequently for speaking engagements and to share his expertise in political and governmental affairs. He has appeared on the NBC Today show, CNN Crossfire, PBS NewsHour, NBC, ABC, CBS, CNN news, and other television and radio programs discussing national and international issues. Over the breadth of his career, he has visited more than one hundred countries.