The mission of the Museum is to tell a story about the "Business of Music," the moods music generates, and the influence of music on today's society. It allows you to explore the changes that swept the music industry and American culture during the late 19th and early 20th centuries. Step back into a fascinating era of changing fashion, culture, and music.

The Museum, with Mississippi State University Libraries, also sponsors the annual Charles Templeton Ragtime Jazz Festival. The Festival, a blend of concerts, seminars and tours of the Museum, is intended to enhance ragtime music research, increase awareness of the Museum's collections, and introduce people to the sounds of Ragtime and its world-renowned performers. To learn more about the Festival, visit http://festival.library.msstate.edu. Or, check out the videos of past Festivals to get a taste of the excitement!

What People Are Saying

"The Charles H. Templeton Music Museum contains the most complete collection of Victor Talking Machines from the beginning in 1897 to 1930. The concept of having artifacts illustrate the "Business of Music in the United States" is unique and is not only important for serious students of popular music, but for history buffs, sociologists and everybody interested in knowing how music influenced this country during the entire 20th century and continuing into the 21st. In addition to the various phonographs (representing most types and companies), other visually oriented material includes an extensive sheet music collection which further emphasizes the performers and illustrates the differing styles of the day." 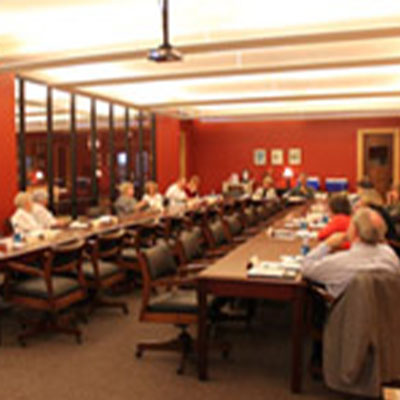